Home » Others » You Might Not Know You Are Still Using SSLv2.0

You Might Not Know You Are Still Using SSLv2.0

in Others - on 8:53 PM - No comments
Netscape Communications invented Secure Sockets Layer (SSL) protocol in 1994. It has been de facto standard for cryptographic protocol since then. Over the years the protocol has evolved (SSLv2.0 -> SSLv3.0 -> TLSv1.0 -> TLSv1.1 -> TLSv1.2) to increase security.
Today, SSLv2.0 no longer provides a sufficiently high level of security. SSLv2.0 deficiencies include the following:
It's been over 20 years since SSLv2.0 was published, and it's been over 5 years since RFC 6176 deprecated SSLv2.0. However many people are still using the protocol, even though they might not be aware of it.
In June 2016, less than 2% of firewalls reported receiving SSLv2.0 Server Hello message: 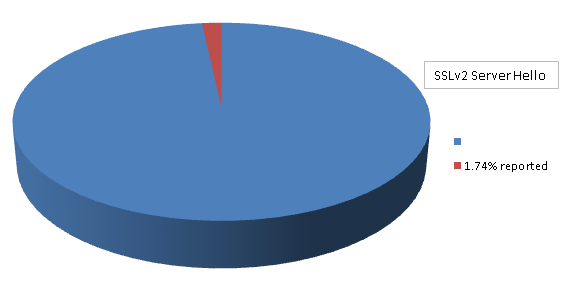 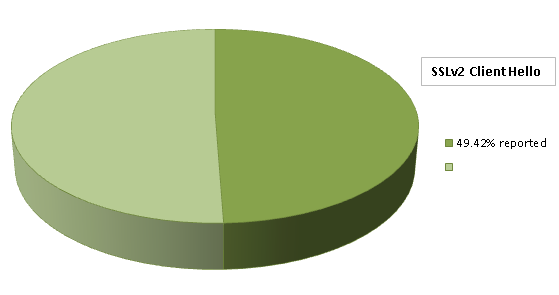 SSLv2.0 is insecure and can damage the system. I would like to urges all our customers to review their (client/server) software settings and stop using SSLv2.0 immediately.